Held in association with the Library of Congress, presented by lead sponsor Law360 and co-sponsored by the American Bar Association. 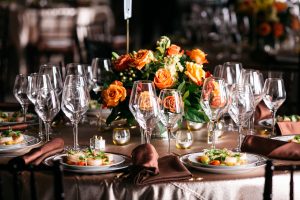 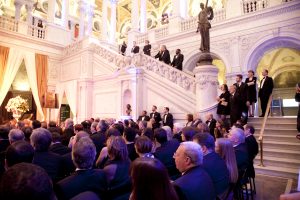 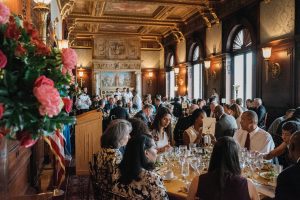 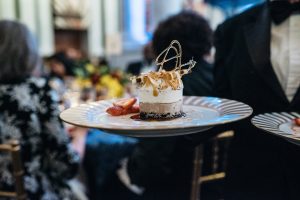 List of invited government officials, dignitaries, VIPS:Â The dignitaries include many of America’s managing partners and partners of the largest law firms in America, law school deans and professors from across the nation.

Is the event open to the press?Â Yes, but the press is not invited through any general outreach efforts. Therefore, members of the press have rarely been present.

What is the proper attire?Â Black tie.

Who are the hosts and the sponsor?Â  Held in association with the Library of Congress, presented by lead sponsor, Law360, and co-sponsored by the American Bar Association.

About the Library of Congress, Co-Host

The Library of Congress is the nationâs oldest federal cultural institution and serves as the research arm of Congress. It is also the largest library in the world, with millions of books, recordings, photographs, maps and manuscripts in its collections. The Libraryâs mission is to make its resources available and useful to the Congress and the American people and to sustain and preserve a universal collection of knowledge and creativity for future generations.

With nearly 400,000 members, the American Bar Association is one of the largest voluntary professional membership organizations in the world. As the national voice of the legal profession, the ABA works to improve the administration of justice, promotes programs that assist lawyers and judges in their work, accredits law schools, provides continuing legal education, and works to build public understanding around the world of the importance of the rule of law.

The Burton Foundation is a nonprofit, cultural and academic organization devoted to further promoting the performance and stature of the legal profession.

The Founder and Chair of The Burton Awards for Legal Achievement is William C. Burton, Esq., a partner in the law firm of Sagat|Burton LLP. He is a former New York State Assistant Attorney General, a former New York State Assistant Special Prosecutor, and the author of the first legal thesaurus ever written for the profession of law, Burton’s Legal Thesaurus, (5th edition), published by McGraw-Hill. He was presented the highest honor given by The Legal Writing Institute, for “significantly advancing the cause of legal writing in the profession of law.” In addition, the Law Library of Congress presented Burton with the “Blackstone Award” for exemplifying the best objectives of the Law Library of Congress and advancing the mission and activities of the Law Library of Congress.